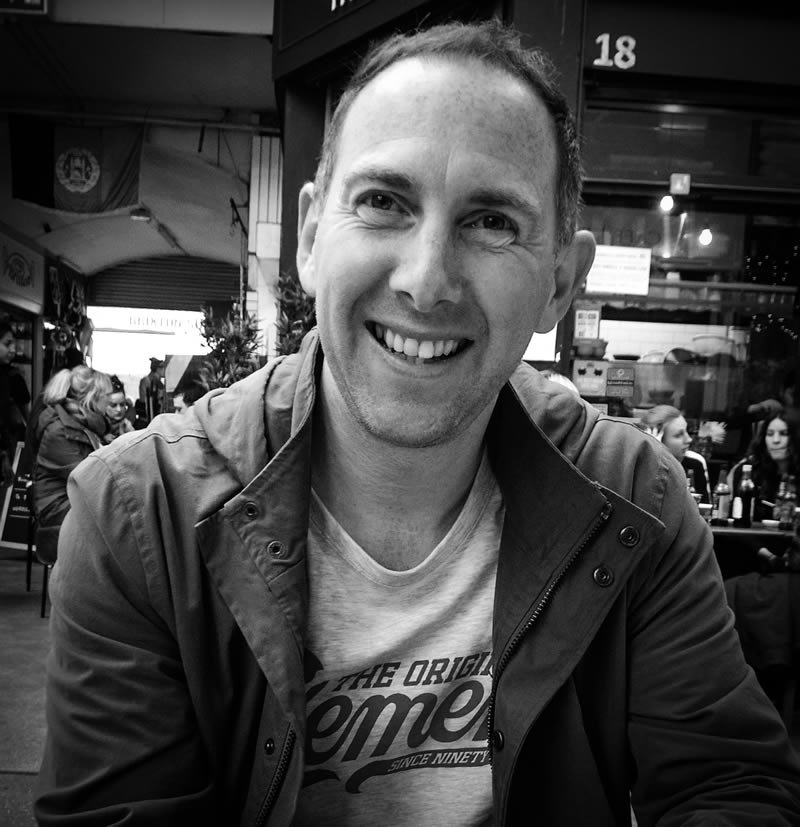 Hello, I’m Daryl. I’m based in the south side of Glasgow and I have been working as a freelance filmmaker for over twelve years.

I have had the pleasure of working on some great projects, most recently filming and editing on the BBC and NTS, Scenes for Survival digital season. I have also helped set-up the visual experience 'The Journey' for illusionist Scott Sliven, an intimate, interactive experience. I also created four music videos for the band A New International, two of which were to promote Vanishing Point Theatre company's show 'The Dark Carnival'.
Other recent work includes Lighting Cameraman in the documentary 'The Collins Variety Agency' (Velvet Wolf Films/ BBC2), directing my own self-written short film 'Socks', which will shortly be screening at Festivals and Director of Photography on the Short film 'TAM', in which I was nominated for best cinematography at the Amsterdam IFF. 'Tam' was screened on BBC One on Burns night.

I work regularly with various theatre companies including National Theatre of Scotland, and I have filmed many performances such as 'Black Watch', 'The James Plays', 'Macbeth',' Cyrano de Bergerac', 'Let the Right One In' and 'The Strange Undoing of Prudencia Hart'. I also worked with award-winning, German documentary theatre specialists Rimini Protokoll as part of the Futureproof festival where I created visuals for their show 'Do's and Don'ts'.
Recent Theatre trailers which I have filmed and edited include the NTS production 'Adam', 'How Not to Drown' for ThickSkin, 'The Metamorphosis' for Vanishing Point, 'MAIM' for Theatre Gu Leòr and 'Ragnarok' for Tortoise in a Nutshell, plus many other trailers for other companies.

Other recent work includes the documentaries "Auschwitz: The Visit" and 'The Magic Behind the Mask'. The former was recently played at The Beacon Museum in Whitehaven as part of the Art Exhibition – 'Auschwitz: Understanding the Past, Facing the Future'.

Still have questions? Contact me using the form below

Send me a message